The red hills and roadless area that spill beyond the borders of the Kalmiopsis Wilderness and form the headwaters of Rough and Ready Creek, Baldface Creek, and Hunter Creek, are a part of one the most ecologically diverse landscapes on the West Coast. The area is host to many rare and endemic plant species that are found nowhere else, in addition to being an important source of clean water that supports salmon runs and communities downstream.

In order to protect those outstanding values while longer lasting legislation is considered in Congress, the Assistant Secretary for Land and Minerals, acting on behalf of the Bureau of Land Management and The United States Forest Service, submitted a proposal to withdraw 100,000 acres of public land in these watersheds from the locating of new claims under U.S. mining laws. A ninety day public comment period is now underway, giving supporters of the withdrawal until September 28, 2015 to submit letters to the BLM Oregon State Office.

To allow industrial-scale nickel strip mining of the sort that is proposed in the area to proceed is an affront to wishes of the local community that has since the 1940’s, sought to protect the one of a kind wild lands that hem in Oregon’s Illinois Valley. It is no secret that water flows downhill, and so in addition to the irrevocable scarring that the landscape would endure, the impacts of mining in these headwater streams poses an unacceptable risk to anything downstream.

At the cost of a few dollars an acre, vast tracts of public land in these watersheds could continue to be privatized and developed without regard to the consequences it would bring to downstream communities and resources. Now is the time to show your support for clean water, for untamed rivers, and for the beauty of place that still exists as it always has, wild.

Thank you to our friends at KS Wild, Geos Institute, The Conservation Alliance, Immersion Research, Lifeproof, Base Camp Brewing Company and our generous supporters from Kickstarter for making this project possible.

Please help us spread the word by sharing this post! 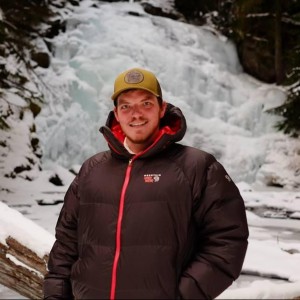 When: Thursday, January 9, 2014 from 7 – 10 PM Where: Patagonia Portland Store, 907 NW Irving St, Portland, Ore. Join us on January 9th for our 4th Annual Wild Rivers Night at the Patagonia store in Portland. Wild Rivers Night is a fun evening of socializing with your river friends while enjoying films, photography, and presentations celebrating wild rivers. Northwest Rafting Company’s partners for this event are all organizations that love wild rivers as much as you do: ECHO River Trips, American Rivers, American Whitewater,… Read More