The Rogue River has inspired stories since humans have encountered it. From Native American legends to star-studded Hollywood movies, we have told and retold Rogue river lore for generations. Below are a few authors and tales (some quite tall!) shaped by this amazing river.

The original inhabitants of the Rogue River were known as the Takelma, whose name means “those dwelling along the [Rogue] river”. Their lore explains the origin of many famous landmarks in Southern Oregon and the Rogue River. To the Takelma the river brought the hero Daldal. Daldal tied the roving Alwilamchaldis down as a mountain, also known as the volcano Mount McLoughlin. During wartime, people reflected Alwilamchaldis’ look by painting their faces white and doing their hair into a top-knot.

To keep Alwilamchaldis company, the giantess Talsunne, or “Acorn Woman” also resides on the mountain. In Spring she descends to the oaks on the river. Her flesh becomes acorns, the major food source for the Takelma people.

Many years later and after much conflict, the Rogue valley became home for gold miners and frontier life. This era gave birth to one of the biggest liars in the state. In 1898, Ivan Hathaway Jones (known as Hathaway Jones) began his Rogue career as a Blossom Bar miner but switched to hauling mail by mule to those living along the river. Hathaway Jones learned the art of the tall tale from his grandfather. He spent the last forty years of his life collecting and practicing his stories on his mail recipients.

One book collected his folklore here, below is an example:

“One winter snow started early on the Rogue and came down so fast that Hathaway, hunting in the hills, couldn’t walk out to his cabin and was forced to sit and slide from the hilltop to the riverbank. On the way down he lost his watch, a real pity, as he had intended to time the slide. Next summer he was up hunting in the hills again and sat down under a tree to rest. He heard a ticking sound near him, which he finally located up the tree under which he was resting. He climbed the tree, and there sure enough was his watch, still going. That was how he knew how deep the snow had been that winter. He had climbed sixty feet up that tree.”

But Rogue tales are not just local lore. In his books Tales of Freshwater Fishing and Rogue River Feud, Zane Grey brought the Rogue River to all of 1920s America. Grey himself fell in love with the river in 1919 after a drift boat expedition. He built a cabin at Winkle Bar that still stands today. Now managed by the BLM, it remembers a man who began a baseball-playing dentist but ended a fisherman and preservationist. Zane Grey served instrumental in popularizing the very river he eventually wanted to conserve.

Grey’s river guide, Glen Wooldridge, likely jumpstarted his affair with the river. His stories, beginning in 1915 with his first full descent in a homemade boat, were as wild as the West. Literally blasting through rapids or helping Ginger Rogers land the biggest steelhead of the season, Wooldridge pioneered Rogue river recreation. His stories are captured practically unaltered in the book The Rogue: A River to Run. But anyone that knows a river guide suspects they might not all be true!

Now the Rogue serves as a dramatic setting for stories on the screen. The River Wild is likely the most famous “whitewater action drama” in Hollywood. Filmed on the scenic Rogue between Hog Creek and Argo (as well as in Montana), Meryl Streep must step up and navigate her kidnapped family down some treacherous rapids to survive. In other films, Hellgate Canyon offered a great backdrop for scenes in Rooster Cogburn (starring John Wayne) and Gunsmoke (Burt Reynolds). Sadly, Butch Cassidy and the Sundance Kid was not filmed in Oregon.

Rogue lore is centuries old and diverse, continuing to expand with every river trip. We can depend on the river to show us something a little magical. At a certain point the story’s truth is in the feeling that the story conveys. Every Rogue river runner has an incredible, funny or wild tale which has not only been shaped by the river, but shaped the teller as well. 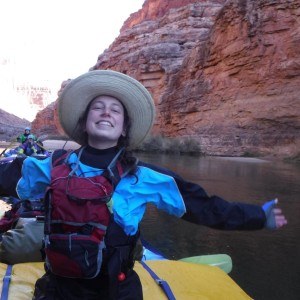