Hiking and boating through the cozy river valleys of Bhutan you get the sense that people are truly content. That perhaps there really is something divine to the billowing prayer flags, the nestled hillside monasteries, the distant white himalayan peaks. Nearly all people born in Bhutan remain for their lives. There isn’t the familiar sense of striving, the constant search for something better – such stasis is uncanny for a westerner.

The last Buddhist kingdom is classified as a developing country, but Bhutan maintains a wisdom and elegance that exceeds a typical notion of “developing.” Healthcare is free or all citizens, public school costs roughly $3 per year, and the government collects a tiny 2.5% in income taxes. In Bhutan, people’s basic needs are met, they look out for each other.

This is all a way of getting to the point of this post, the obvious reason for the Bhutanese benevolence, the guardians of the four directions! With the Tibetan region of China to the north and India on all other sides, Bhutan needs divine protection. The two moguls of Asia exceed the entire population of Bhutan (750,000) in their most modest of cities.

Upon entering any Dzong (16th century Bhutanese fortress) you will find, painted in fresco on the wall, the guardians of the four cardinal directions. The guardians are believed to be some of Buddha’s earliest followers, and serve to protect the structure.

Guardian King of the North

The King of the North (yellow in color) is a giant throned diety with a fiercely constipated expression. He holds a victory banner in his right hand and the tell tale jewel vomiting mongoose in his left hand. Viashravana is the god of wealth.

Guardian King of the East

The King of the East (white in color) closes his eyes and shreds a tune on a lute, maybe a banjo, to ward off the small sliver of India to his eastern border. He is the god of music, and a popular symbol for souvenir seeking musicians. If you’re in pursuit of musicianship, it is wise to make an offering to Dhritarashtra.

Guardian King of the South

The King of the South (blue in color) totes a fiery red chin strap beard (much like my own), and carries a sheathed sword. Virudhaka is the fiercest and most heavily armored of his also fierce but less armored fellows. He bears his fangs, bulges his eyes and tilts his head up to the right, a similar motion to the polite Bhutanese version of the nod.

Guardian King of the West

The final guardian, the King of the West (red in color)  delicately supports a stupa in his left hand and a green serpent in his right.  Virupaksha is the protector of the land and earth, notable for his fu man shu mustache that outlines his pursed Mic Jagger lips.

Due to his red coloring, Virupaksha is often mistaken for the guardian of the south, but don’t be fooled, I just told you he guarded the west.

“The mountain people will get smaller and smaller until the world dissolves and a new Buddha is born.”

Explained our cultural guide, Pema, in response to his people’s diminutive stature. He continued that the Bhutanese used to be tall strong warriors who had to defend themselves against repeated Tibetan invasions. Today the shorter, still fierce, Bhutanese people enjoy peaceful times. They’re happy with the yak burgers, butterflies, Buddhas, and endless organic produce lying between their borders. And floating down their glacier blue rivers, the feeling is contagious. Thank you guardians of the four directions. 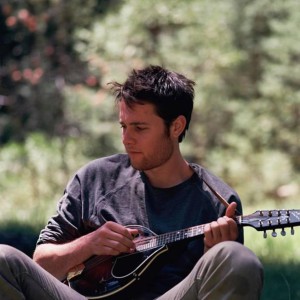 Jenner was born in the San Francisco Bay Area. The son of two river guides, he spends his summers guiding boats down rivers in California, Oregon, and internationally, and the rest of his time writing, recording and touring with his band, Odell Fox. Jenner and his sister, Kaela, both guide for Northwest Rafting Company.