In July of 2015, Oregon Senators Ron Wyden and Jeff Merkley introduced a new bill that would designate more than 200,000 acres as wilderness and recreation areas as well as add more than 250 miles of Wild and Scenic River protection in Oregon.

On October 2nd, which was also the 50th anniversary of the Wild and Scenic Rivers Act, the Senate Committee on Energy and Natural Resources advanced the Oregon Wildlands Act. Though the bill has made recent progress, it will still need to be approved by the full Senate and House and then signed into law by the President.

What the Oregon Wildlands Act Does

If passed, the proposed legislation would designate approximately 108,000 acres of Wilderness in the Devil’s Staircase and Wild Rogue areas, protect 252 miles of rivers across Oregon as Wild and Scenic, and safeguard more than 119,000 acres of the Rogue and Molalla Rivers as Recreation Areas. The legislation would also withdraw an important section of the Chetco River from new mining claims.

The bill additionally includes components that would permanently protect sections of Wasson and Franklin Creeks in the proposed Devil’s Staircase Wilderness as Wild and Scenic Rivers.

The Rogue River was one of the original eight rivers designated under the Wild and Scenic Rivers Act in 1968. Under the Oregon Wildlands Act, nearly 100 miles of tributaries of the Wild Section of the Rogue River would be designated as Wild and Scenic, meaning that it would, in perpetuity, provide protection to the rivers’ outstandingly remarkable values. In the bill, 56,000 acres of the Lower Rogue River in the Siskiyou Mountains would become designated as Wilderness and 95,000 acres would become part of a Recreation Area under the legislation, which would be a direct benefit to the area’s growing and strong recreation economy.

River-based recreation on and near the Wild & Scenic Rogue River, which includes rafting, fishing, hiking, and jet boat tours, accounted for not less than $30 million in total economic output, including $15.4 million in personal income, and 445 full- and part-time jobs.

“It is a really important resource for us in so many different ways, but especially for the local economy. And if it wasn’t protected and it was being developed or being abused by resource extraction, those jobs would be threatened.”
– Robyn Janssen, Rogue Riverkeeper

The Oregon Wildlands Act also provides a legal pathway to change the name of Squaw Creek to a more culturally appropriate name: Whychus Creek. By 2005, all public lands in Oregon with the word squaw” in the name were to have been changed, after a 2001 law was passed in response to lobbying efforts by the Confederated Tribes of Warm Springs for such an action.

While surveying the area to determine an appropriate new name for the creek, it was noted that American Indians in the area called the creek Whychus, a Sahaptin name meaning “the place we cross the water.” It was felt that the name retained a sense of history and an Indigenous American cultural focus that are important components of the renaming process.

In 2005, the U.S. Board on Geographic Names approved the name change of Squaw Creek and other public place names that used the term “squaw.” Making the name change officially in the Wild and Scenic Rivers Act requires a technical correction, which would be accomplished in the Oregon Wildlands Act.

“These are world-class landscapes that are long overdue for permanent protection due to their outstanding conservation values” -Josh Laughlin, Executive Director of Cascadia Wildlands.

The Oregon Wildlands Act represents more than 20 years of negotiation and has been supported for nearly a decade by senior Oregon politicians, outdoor enthusiasts, conservation organizations, fishing and hunting groups, and business owners. Though the bill has crossed through yet another difficult checkpoint, it still has a long way to go before being passed into law.  The bill will still require a vote by the full U.S. Senate and the House of Representatives.

Please consider writing in to or calling your Representatives and Congress members to express your support for this powerful piece of conservation legislation. 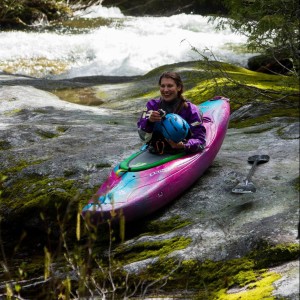 Priscilla Macy grew up in Southern Oregon where she first realized her love for outdoor recreation; whitewater kayaking becoming her primary mode of exploration. Having earned a degree in Recreation Resource Management and an MBA in Marketing, she is currently the project manager for Mt. Hood National forest human ecology mapping (HEM) project and owns her own consulting business providing expertise in corporate social responsibility, and conservation and recreation advocacy throughout the PNW.