We are excited that the Oregon Wildlands Act is now law. Signed by President Trump on March 12th, the bill is another step forward to increasing land and river protections throughout the state.

One of the many rapids on the Upper Chetco River

Conservation oriented policy decisions enacted to protect the Rogue River result in an economic boost for the region. Counting rafting, fishing, hiking, and jet boat tours, the Rogue is responsible for at least $30 million in total economic output, including $15.4 million in personal income. Wild and scenic protections helped bring back the salmon and boosted the fishing industry. Removing Gold Hill dam benefited recreation by adding the runnable river miles. By increasing tributary protections, the Oregon Wildlands Act continues the economic momentum through conservation.

"Rivers and streams are the backbone of Oregon’s recreation economy….rural communities are going to be able to create world class recreation destinations and look at that recreation economy as an increasing opportunity to build a more secure economic future"Senator Ron Wyden

For Senator Ron Wyden, the link between conserving Oregon’s wild spaces and economic prosperity is clear. In a recent speech on the Senate floor, he observed that "rivers and streams are the backbone of Oregon’s recreation economy….rural communities are going to be able to create world class recreation destinations and look at that recreation economy as an increasing opportunity to build a more secure economic future." Due to this bill, Oregon now has more miles of Wild and Scenic Rivers than any of the contiguous 48 states. We can count more securely on the fact that this river will be around for generations to come.

Despite great progress this year, Congress left behind the wilderness designation protecting the top 20 miles of this amazing stretch. Rafters only enter wilderness at Mule Creek Canyon.

Now the Rogue River is still open for logging and development. This is unfortunate, as increasing protection ensures the long term benefits for the river its surrounding communities.

Wilderness Is Important for River Health

A healthy river depends on a healthy forest. Unfortunately for the Rogue River, the Oregon Wildlands Act still falls short in protecting the forest. If logging is allowed to clear out older trees, the forest becomes vulnerable to greater wildfire intensity. Fires at this level will endanger the watershed and muddy the tributaries we have worked so hard to protect. Wildlife such as salmon, not to mention human recreation, would be driven away.

Camping along the Wild Section of the Rogue River

By adding a wilderness protection, Congress could prevent development once and for all. A wilderness designation provides for organized forest management, enabling fuel reduction, maintaining firefighter access and creating prevention strategies. It would also keep logging from marring the beautiful old-growth landscape that visitors enjoy at river level. While the Oregon Wildlands Act goes far to safeguard Rogue tributaries, it will be more difficult to preserve the river without protections for the land.

The Next Steps for Oregon Public Lands

Thanks to the Oregon Wildlands Act we can enjoy new wilderness areas, additional wild and scenic river miles, and maintain clean drinking water. In the coming years, areas around the Rogue river, the Owyhee river, and the tributaries in the South Kalmiopsis still deserve support. They also represent Oregon's recreational value, amazing beauty, and unique biodiversity.

As you plan for your next river trip, please add river advocacy to your to do list by contacting your congress member. Congratulate your Senator for protecting public lands. Remind them that there is still more to do around the Rogue, Owyhee, and South Kalmiopsis. 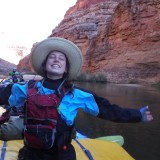 Most of the well known whitewater rivers flow through Forest Service, Bureau of Land Management, or National Park Service land and many are National Wild and Scenic Rivers. The land surrounding many of the the iconic multi-day river trips are additionally protected as Wilderness or National Monuments. As a user of these public lands it's good to know a little about each designation. Most public lands are managed the United States Forest Service (USFS), Bureau of Land Managment (BLM), or the National Park Service (NPS). National...

We just finished another amazing Wild Rivers Night at the KEEN Garage in Portland. This year we had over 200 people join us from as far away as Los Angeles, Berkeley, Reno, and Seattle. We celebrated wild rivers with presentations on river conservation, a silent auction of gorgeous river photography, and enjoyed beverages donated by Sierra Nevada, and Springhouse Cellars. Our emcee Tim Palmer started the evening with a comprehensive list of Oregon rivers and then introduced the different presentations about wild rivers and river conservation....