At the end of August, I was able to join the last Middle Fork of the Salmon trip of the year. It was my first time down this river that I have heard so much about. It was an incredible trip that I will never forget.

I left my house near Hood River, Oregon early on Tuesday morning. I headed East towards the Boise Airport to pick up ECHO co-founder and Idaho Whitewater-legend, Joe Daly. We slowly wound up the steep mountain roads, straight into the Boise National Forest, and on into the Sawtooth National Forest. It was a beautiful 3-hour drive from the airport, and I felt the anticipation and excitement of an amazing adventure ahead.

Once we arrived in Stanley, ID (pop. 63), we checked into our accommodations and headed out for dinner at a local restaurant. Stanley is a small town, but there are still several restaurants and shops and two outdoor gear stores. It is surrounded by the dramatic Sawtooth Range that you can see from almost anywhere in the town. Stanley is about 1-hour from Ketchum, ID, where you can ski at Sun Valley in the winter.

After dinner, I met the other guests and one of the guides, Nicko, at the Mountain Village Lodge at 8PM for a pre-trip meeting where we discussed what to bring and what not to bring, received dry bags, and saw where to park to have our cars shuttled. We recommend guests stay at the Mountain Village Lodge for convenience to meeting your group. They even have a private natural hot spring reserved for guests staying there.

The next morning I had breakfast and met the rest of the crew in front of the Mountain Village Resort at 8:30AM. Soon after, a bus came to get us to take us to the air-strip in Stanley. We loaded all of our gear bags into two of the small planes to fly 13 of us in to meet the 5 guides that had paddled the boats down the first 25 miles of river. (In the Spring and early summer, we drive 30 minutes to the put-in instead of flying in, but later in the season when the water is lower, it’s a better trip to skip the first few low-water miles).

The flight was about 30 minutes long, and it was cool to see a view of the Frank Church River of No Return Wilderness that we were about to spend the next 6 days in.

When we landed at the Indian Creek Airstrip, we met the guides who were awaiting us with the rafts, ready to load our gear and get on the river. Allie, the head guide, greeted us, along with Audrey, the sweep boat driver, her assistant AKA swamper, Erica, and guide Ryan and Doug. The weather was perfect as we set off on our adventure. Not too much later, we stopped for lunch of deli sandwiches on local, homemade bread.

The next five days are a happy blur of great food, great conversation, beautiful views, exciting whitewater rapids, laughter over beers at night around the campfire, and sleeping like a rock, my body tired and my mind at peace with the soundtrack of the river running next to my tent.

Each morning started with a loud call for “COFFEEEEEE!!” around 7-7:30AM to wake us from our sleep. Those who wanted to rise early were greeted with hot coffee, yogurt, granola, and fruit. There was almost always a morning hike to do, leaving from camp. Those who wanted to sleep in (me) would get up before or around the time the second call of “BREAKFAAAAAAST!!” at about 8-8:30AM, as the hikers were coming back. Breakfasts were always hot and delicious: some combination of French toast, pancakes, eggs, bacon, sausage, omelettes, and so on. We would fuel up for the day, then pack up our tents and dry bags, and prepare to spend the day on the river.

The first two days on the river leaving from Indian Creek were slower paced, the water level being lower and the rapids being less steep and boulder-y in character. The third day we saw a few more class III rapids mixed in. And then the last 3 days, we entered the famous Impassable Canyon, were more continuous in the speed of the river, amount of water, and slightly steeper class III rapids (with a few class IVs mixed in) than the first half of the trip. The level of challenge from the whitewater progressed along perfectly, allowing those in inflatable kayaks (“duckies”) to learn the basics before paddling through harder rapids.

Each day, we would stop 2 or 3 times for short hikes to waterfalls or viewpoints, to see historical points of interest from old pioneer and gold-mining days, to study petroglyphs, or to walk into a cave. Often this was paired with a stop for lunch, which was typically make-your-own sandwich or wrap, lots of fresh veggies, fruits, and cookies.

We would stop for camp around 4 PM each day. The sweep boat would have been ahead of us the whole day, and would be set up with the camp kitchen, a circle of chairs, a cooler of cold drinks, and tents & cots set-up for those with the deluxe camping option. The next couple of hours were free-time to read, to fish, to play games, chat with other folks, take a nap, change clothes, and so on. Appetizers were set out while dinner was being made. They were always so good, it was hard not to fill up before dinner. Goat cheese, brie with fruit, crackers, bread toasted with butter, tortilla chips with fresh-made guacamole, a charcuterie platter, etc. Dinner was always a full meal including a main dish, sides, and vegetables or salad. It was always followed by a dutch-oven baked treat.

Here were some of the highlights for me:

Hiking up to Johnson Point – it was a steep and slippery slope, but once we got to the top, it was worth it. We were able to see several miles downstream and upstream, and take in the scale of the deep canyon we were in.

Going to Hot Springs – one of my favorites was Sunflower: there are multiple pools, with the largest one overlooking a great view of the river. My other favorite was Loon Creek – we hiked a flat mile along the side of the creek with beautiful blue water to a large hot spring. We rotated between dipping in the cold creek and then jumping back into the hot water.

The confluence of the Main Salmon River – at the end of the trip, we left the Middle Fork and floated onto the larger, Main Salmon. The last rapid of the day, Cramer, right before the take out, was probably the biggest of the trip!

This was a fantastic trip overall, that I would recommend to both veterans of the river and those who have little experience in the outdoors. 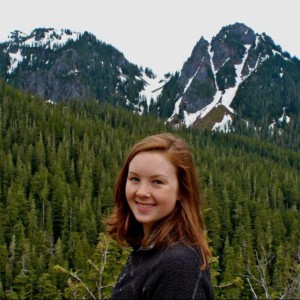 South Fork of the Salmon River